The term PR can unsurprisingly evoke a feeling of doubt in people’s minds. PR can be seen as way the media twist the truth in an attempt to deliver a certain message. The element of persuasion can sometimes overshadow judgement and cast a damaging light on PR. However this is not the case, PR today has emerged significantly from what people may relate it back to as propaganda. People are quick to criticise PR due to reports that PR shys away from persuasion as a form of propaganda as it can be argued that the purpose of PR is to manipulate opinions. In discovering the elements of professional and reliable information people can soon realise the credit associated through PR. The progress through the years proves that PR has become more credible through their relevant and trustworthy news sources. 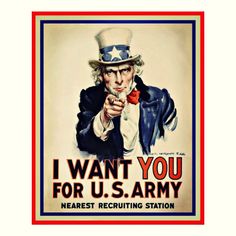 It seems that anytime I tell someone I am doing a PR degree they recognise it as standing on street corners promoting clubs or creating publicly stunts for good advertising. It is not uncommon that PR can be misinterpreted as a means to sell or exploit. Fortunately this isn’t the case, PR has a lot more than just promotion and publicity stunts. One of the more famous stunts being the white Range Rover outside Harrods in 2016, which tactically used PR and advertising to promote their brand image for the new Revere Range Rover Vogue.

People often question what is PR and why is it needed. The PRCA describe PR as the way in which organisations communicate with the public, promote themselves and build reputation and public image (Prca.org.uk, 2017). PR is in fact the back bone to organisations positively communicating key messages to consumers. Every organisation no matter who small depends on their reputation therefore PR is needed to promote survival and success in the most competitive of industries.
The world of PR is chaotic and crazy but for all the right reasons. The PR industry invites you to experience things you never imagined and learn things you never knew. Credibility is merely a small element of PR that is unfortunately sometimes negatively portrayed. Influencers and brand ambassadors create the perfect platform for organisations to promote their brand messages to their target audience and building upon their reputation. Aristotle used the term Ethos throughout PR which is given to a character such as a celebrity endorser or influential figure which gives the organisation more credibility.

The intensity and multitude of information and messages throughout PR in today’s modern world are at an all time high. So of course there are elements of exaggeration within the media but more importantly there is logical information that the public can rely on. The truth is that PR is everywhere you go and it is nearly impossible to escape it. There is a mass of messages and promotions in every aspect of life and it is important that we use these opportunities effectively to communicate the right message.
However the right message may not always be that simple to communicate. PR may not always be controlled and positive PR can always turn in to negative PR, which is something to consider. NYPD proved this through their social media request of asking the public to send in positive pictures with the police, which of course didn’t last too long and were bombarded with negative images and PR.

Although, it can be certain that PR is focused on promoting an organisations image and reputation, there is so much more planning and preparation involved. Today’s PR professionals have to processes a variety of skills within a competitive workplace. PR practitioners support their consumers and the public by communicating messages truthfully and effectively, ultimately creating a mass of credible PR.

Caoimhe Conway is a 4th year Communication, Advertising and Marketing student at Ulster University, Jordanstown. She can be found on Twitter: @caoimhe_conway /  Instagram: caoimheconway / LinkedIn: https://www.linkedin.com/in/caoimhe-conway-bb0b03152/