Damore You Know, The Less You Think

I don’t believe this to be a sexist rambling, nor the defence of a sexist rambling. This was rather intended to be an exploration of modern societal and political forces on free speech, decision making and potentially clever PR. I’d love to hear any thoughts on this one.

On 7th August 2017, James Damore was fired by Google for a “sexist memo” that he posted on an internal message board that depicted women as being “inferior”. I remember reading the headline. For me, it was another mundane day in a remedial office job where I thought – wow; prime-time idiocy. As if letting go of the dream job and become public enemy number one on the same day wasn’t bad enough – how could this sexist pig really believe such a thing? Disgraceful, I know.

But maybe I didn’t know. James Damore being sacked was percieved as a good move by an appalled public who couldn’t fathom what possessed him to post such a sexist memo. This was seen as a feat for equality and politically correct behaviour and thought. But at the core of the scandal-turned-viral, were Google really as moral, as progressive, as forward-thinking as it may seem? 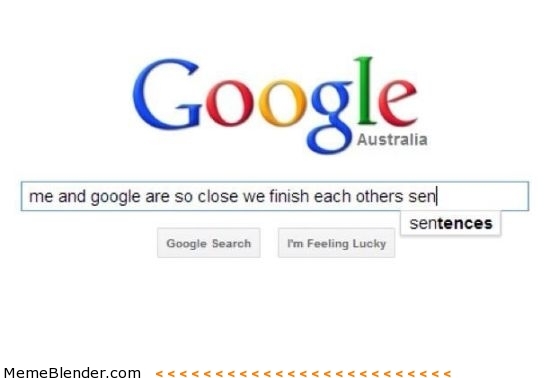 What Happened (as we know it):

This whole mess began with one simple meeting. Google, like they often do, held a diversity meeting which, amongst others, James Damore was invited to attend. Damore, in an interview with academic marmite Jordan Peterson (You either hate him or you love him), recalls that Google didn’t record this meeting – the only instance of this that he can rememeber during his time with the Lords of the ‘Net. Damore believed that Google’s methods of inclusive hiring which they were discussing that fateful day were arbitrary and possibly crossing the line into illegal, which would explain the lack of documentation.

They’ll listen to us all through our phones but won’t listen back to their own ideas? Proof that nobody likes the sound of their own voice on record!

Damore states that he felt uneasy at the mention of the secretive positive discrimination tactics of hiring. Once the meeting had wrapped up, Damore along with all other partcicpants were encouraged to give their feedback on an internal message board – a central convention in Google who strive for improvement wherever possible. Damore compiled a ten page memo explaining why he felt the proposed hiring methods may not be a good idea and posted it on the aforementioned message board. Big mistake, Jim.

What he Said (Well, not exactly. But the jist of it):

Damore’s core belief in his memo was that there is a biological difference between men and women that may impact a corporate reality. His musings were a review of existing modern personality and individual differences literature that found that, in its simplest form, men are more likely to be attracted to object related professions and women to people related professions (heavily linked to studies surrounding testosterone levels – don’t @ me). He even mentioned that he is an advocate of diversity and inclusion. However, he didn’t help himself in suggesting that these Biological differences “may explain why we don’t see equal representation of women in tech and leadership”. This may be a review of exisiting literature, but he surely could have sugarcoated the bleak academic truth in this point. Manners cost nothing James (in fact, a lack of them may have cost you your job).

Damore responded to his dismissal by choosing to sue Google, which further enraged an American public that viewed him as the biggest inidvdiual threat to feminism in the U.S. since the man who actually runs the country. Damore accused Google of intolerance of white male conservatives; three majority categories that we can assume recieve little sympathy from the “politically correct”.

Damore told the New York Times that he has “a legal right to express (his) concerns about the terms and conditions of (his) working environment and to bring up potentially illegal behavior, which is what the document does.” It must be highlighted that Google’s decision to fire Damore is perefectly legal. Even within Damore’s right to free speech, an employee can be lawfully fired for being seen to violate an organisational code of conduct, which Google believed they saw. While some forms of employee speech are protected by US Labour laws, the Constitutional right of free speech is not extrapolated to the workplace.

I’m exploring this at the risk of coming across as sexist or non-progressive here which, as a young, caucasian, heterosexual, Catholic male in Northern Ireland, is quite politically and socially charged. As I play the role of the drawn-out, eye-rolling “Devils Advocate”, many of Damore’s arguments were grounded in scientific research up to this point. While this may change in future, many believe that we as a society must place our fundamental trust in the processes of science. The “feedback” from Damore suggested that Google’s attempts to neglect suitable candidates for an engineering role in favour of a less suitable candidate who fits into a particular race, religion, or particularly gender may ultimately impact upon job performance. The media picked up that Damore views women as “inferior” to men when really, from what I can decipher, he was merely highlighting that, statistically speaking, there are less women who interested in the field of engineering than there are men.

Personally, having worked in the recruitment division of a large technology firm, I have seen the process of hiring females with a less desirable skillset than their male counterparts purely based on their gender. The extent of Google’s actions compared to my own experience can’t quite be compared, as Google’s actions remain fairly secretive. While I fully advocate initiatives such as “women in tech” applied by my former employer and their industry competition, the gender-decisive hiring process was an aspect that I struggled to support fully. In this respect, I do agree with Damore. In writing this, I have been concerned with coming across as sexist in a hyper-sensitive era. But ultimately, I believe that people should be afforded an opportunity in a professional context based on their ability to perform the job role and all that it encompasses. From the technical elements of a role to the level of interpersonal skills required. These selections should not be made based solely on your gender and frankly, if you disagree, I don’t see how you aren’t supporting equal rights (@ me this time if you want).

At the risk of sounding like a conspiracy theorist – is it possible that Google, amidst an initial attempt to play fair, were afraid of possible repercussions of their positive discrimination methods and were able to shift the focus to Damore’s comments through a tactically calculated bet on how biased journalism might pander to the overly-politically-correct online consumers of today who often fail to scrutinize the validity of anything they read despite copious accounts of fake news? As I catch my breath, my mind casts to Benoit’s theory of image repair. The 14-option response kit of crisis management (devised in 1997) remains popular in today’s corporate world. Google seem to have employed the tactic of transcendence; aspiring to reframe their actions by placing it in the context of Damore’s; a more publicly detestable set of thoughts and actions.

Social Justice Warrior’s would have picked the carcass of James Damore clean in a vulture-esque fashion, if they weren’t all stage 5 vegans.

Failure to question the legitimacy of sources or the potential partisan of individual journalism is a monstrous issue in the modern digital age. Nicholas Carr in his book “What the Internet is Doing to Our Brains” discusses that, while the modern consumer has a better skillset for scanning, we pay the price with a diminishing capacity for concentration, reflection and contemplation. This alteration in mental capacity and skillset is particularly relevant in a modern age where Fake News has become practically unextractable from online media. Hence, it’s plausible that a mixture of shallow-level reading and the unattainable expectations of modern political correctness shaped Damore as an international sexist villain.

Interestingly (yet nothing more than coincidentally), Carr’s book came as a result of a widely celebrated article he wrote for US magazine Atlantic Monthly, entitled; “Is Google making us stupid?” Nice one Google. You just don’t quit- Do you? You big untouchable B****rd” (cries the writer, as he types in his Google Keep notes, processing every shred of information in this salty article from Google Chrome).

Benoit’s Image Repair Theory may be the academic grounding I need to support my argument that the dismissal and public shaming of James Damore was both a tactic of crisis management and a case of good publicity for Google as a diverse, progressive organisation. But as the case of Damore Vs Google indicates, sometimes science won’t prevail.

As I conclude, I know I took the scenic route on this one. There are issues on media consumption, disproportionate journalism, sexism and political correctness that I simply can’t condense in to one rambling article. If you can take one thing away from this – question your sources. Consider, contemplate and reflect. Don’t simply skim and absorb. And don’t hate on the concept political correctness. Lets just aspire that Social Justice Warriors would stop moving the damn goalposts every time anyone attempts to hit the target.