Going for One, Plastic Bags & Counterculture

Who’s to Blame in the Inebriation Game?

It’s becoming increasingly apparent that Ireland and the UK has a destructive drinking culture. And in an all but amicable fashion, I admit that I might have to include myself and many of my friends in this category, if only for a brief spell in life called University. I realise that such a statement could be potentially detrimental, but I’m ready to fight my corner. Additionally, if ten current university students in Belfast were to read this, my train of thought would be far from unique. What causes us to act and think in this way? Is it innate? Or possibly a byproduct of culture, influencers, support systems and media? As I sit and critique our drinking culture, I don’t want to come across as a hypocrite. Many times, I’ve met a housemate on their way to class, him strolling into Monday morning as I stumble my way out of Sunday night. Him shouting Pancake Tuesday at me and me hearing Sheffield Wednesday; most of us have been there or thereabouts. But this isn’t quite the problem. Long gone are the days of “Guinness is Good for You” but a culture where “FOMO” (or fear of missing out) is normalised to the point that we use it as an excuse to binge when we have more pressing things to consider, who’s to blame for our nonchalant attitude towards a significant societal issue? 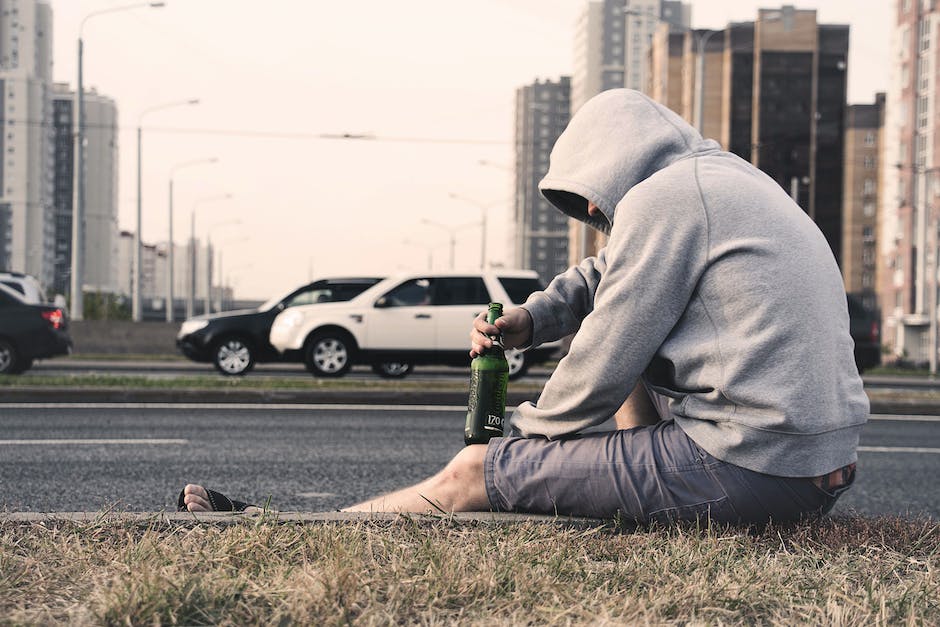 It’s often satirized that “sure we’ll go for one” is the biggest lie you and your mates will ever tell yourselves #SureWhatAmILike. While this may be true, the truth just might not be so funny. We as a culture, particularly the student culture, make light of our inability to limit ourselves to one pint at the pub, a solitary glass of wine or single measure for a change. Within popular culture and assisted by various social media platforms, this standpoint on how we drink is almost desirable. Interestingly, and something that students know all about, this has undergone a bit of a syntactical change in recent years. For some, “going for one” refers to the act of one single drink and returning home, often as there is something more important to deal with. That’s the gist at least- personal experiences may vary. But for many, going for one is a financial decision as the gradual ascent of the price of pints means many can’t participate for more than a round or two in their local. This may sound like this would be a step in the right direction for our drinking problem, but it’s not quite as simple as this- but more on that later. Returning to our initial definition of the phrase; Who causes us to view these actions in such a way? And is anyone talking about how much of a problem it is? Could it possibly be the same people?

As my Dad (The philosopher and king of the lightweights that he is) often reminds me “Your age can go nowhere without having a drink. You even drink before going drinking. I remember when we used to batter each other with sticks ’til some gave up. We lost the same amount of brain cells, but at least we were getting some fresh air!” Lost brain cells might explain a bit, but I feel there is more to this. Many of us feel lost for inspiration for things to do in the evenings or the weekends that doesn’t involve a drink. This is not the case for all, but I know many of you will have experienced the struggle at times. Returning to my earlier gripe, the problem with not being financially stable to go to a pub, I think my Dad has hit the nail on the head. Youth today drink to go drinking, and less affordable pubs means the notion of sitting and drinking in houses, often consuming much more at a quicker rate and occasionally enraging some neighbours, without even the silver lining of generating much for the economy (say the way they might at, a pub) has a genuine, unfaltering appeal. This reality mixed with the romanticised notion of pure inebriation in our culture can result in a downward spiral that many feel the effects of on an existential level.

From an outside perspective, fingers are often pointed in the same directions. The popular Facebook page Humans of the Sesh is often criticized for promoting ideologies that are nothing more than fuel to fire of our mass consumption of alcohol. After all, the boys behind the notorious “Big Bag of Cans” craic are surely responsible for many livers looking like a punched jambon. This over-the-top machoism and love for mangling one’s self, unfortunately, seems to be taken a bit literally for some, but I feel it’s a tad naïve to pin such a societal issue on the satirical content of a few young guys caught up in the counterculture. Another common target is Blindboy from the infamous comedy duo The Rubber Bandits who found out that singing songs about fighting your father and claiming to be on drugs on live TV doesn’t necessarily provide job security as a lecturer in University of Limerick, nor does wearing a bag on your face all the time conceal your identity, apparently. Don’t worry about Blindboy though, he’s raking in 150,000 listeners a week with The Blindboy Podcast where he seems to articulate the ramblings of the common people time and time again, often touching on issues like the state of the modern economy, mental health and his own struggles. Yet interestingly, no Irish brands seem to show any interest in promoting his insights.

So where do we stand in all of this finger pointing? Are we so emotionally inaccessible that arguably our biggest public speaker about mental health in youth comes from a satire artist with a bag for a face? Concerning, when you consider that our generation is thought to be significantly more in tune with our emotions than previous generations, and even more so when you consider that the average teenager today reports more anxiety than the average child in a psychiatric unit in the 1950’s. When 56% of teenagers in the country believe that anyone their age diagnosed with a mental illness would be treated differently, is it really so unusual to identify with the social outcast with the bag on his head? Long may his off-kilter delivery of the truth continue. Yes, I’ll take a bag for life, please. 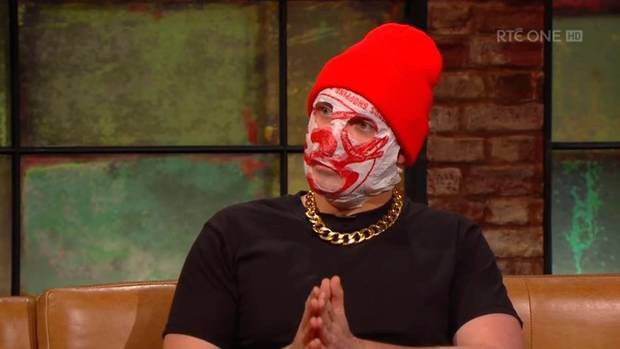 My interest really sparked when coming across a current campaign to Save the Local spearheaded by Havas. Upon watching the attached advert, it’s fair to say I felt quite upbeat, with emotionally persuasive phrases like “Our culture, our identity, the life of the village” really galvanising the idea of the pub. That’s where this thought began. What was the true purpose of this campaign? For an innocent minute, I considered that in a culture where our issues are often swept under the rug, an effort to help facilitate less excessive pre-drinking may be the purpose. Soon later, I landed on the charmless reality that this is no more than a gentle sales booster. More pints, more money, no real progress. The nine million pounds campaign over three years to help save “the local” comes as a result of the stats that three pubs a day close permanently across the UK. Unfortunately, asking for money that people don’t have doesn’t necessarily mean that people won’t hand it over, either. The campaign mentions that pubs are under “increasing tax pressures“. Sorry to tell you pubs, you’re not alone on that one.

So, we’ve looked at our culture, we’ve considered our influencers and we’ve heard what the media has to say. Where else can we turn in search of an answer? How about the support that those in trouble really receive? To be frank, it’s nothing short of ridiculous to consider that increasing the price of cheap alcohol by a few cents is really going to help to irradiate a drinking problem. Here we have thousands of cases of people who have let go of their careers, their family, their lives all relinquished due to their issues with alcohol. Any notion that a pound more per tin might be the point of no return for these unfortunate cases is genuinely ludicrous. We as a society are taking a drinking problem and adding on a financial problem.  Lambasted by our aforementioned influencers, Humans of the Sesh, they summarize; “Unfortunately, the real reason people go on mad drinking sessions is that they probably feel unfulfilled in a society where it’s harder and harder to even get on the first rung of the ladder of what we culturally consider to be a success“.

My argument is beginning to resonate with Homer Simpson’s “Alcohol; the cause of, and solution to, all of life’s problems” and being linked to the GOAT of animated Television is fine with me. I think a lot of us, students in particular, are stuck somewhere between “eat drink and be merry” and wondering if the drink takes more out of us than we take from it, and both are natural, healthy states of mind to have. The truth is, alcohol has the power to be a wonderful central convention. Be that a pint with the boys, wine night with the girls, or a hot whiskey with your significant other when they’re under the weather. It can evoke moments of unadulterated truth, accompany some of the finer times in life, and even open floodgates that were probably bursting at the seams for a bit too long. Giving my two cents; Remember to have fun, remember to be responsible and if it seems like somebody at the table isn’t managing either of them, remember to check how they’re really doing. And for all you might be going through; This Bud’s For You.