I started waking up at 4am, it was interesting…

I know, some of the people that are reading this title will either be already doing something very similar or the opposite end of the spectrum, people that will think this is ridiculous. However let me explain.

Let’s be clear, I LOVE MY BED, way too much in fact. Ever since I gained the name in my household as a sloth and lazy it has latched on to my ankles like a ball and chain ever since, struggling to shake the ever-lasting name of LAZY that burdens me within my family to this day. Society has always pinned early risers as winners of life, people who are automatically successful, heck there is even sayings such as “The Early Bird Catches the worm”, you don’t hear people say “The late bird gets the worm” it just doesn’t happen. People whom like their bed not as much. 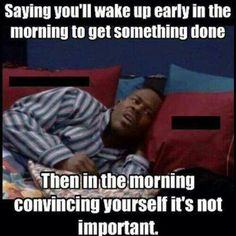 So I decided once and for all to end the association of laziness with myself. I strolled into the kitchen and announced I am going to start getting up at 4am, 2 hours before my dad. To put it lightly it was laughed off, me? 4am, no way. But yes way, they just didn’t realise it yet.

So on the Monday it began, my alarm went off at 4am, it was a rainy morning as I could hear the rain bouncing of the window and I got that warm feeling when your just toasty in the bed, my head softly supported by the pillow life was good, but I knew I had to, I had to do it at least once? Surely? So I did.

I walked through the house into kitchen where I was met by my dog who was still asleep and woke to see me, I’m pretty sure he thought it was morning as he didn’t even think I would be awake at this time, but I was. I made myself tea and sat down at the computer to sort out emails for work. I worked away not really passing any remarks on the time. It was just the dog, the rain and I.

I heard the door open slowly, it was dad he nearly dropped when he seen me, I told him I have been awake since 4. I showed him the work that I had done and while showing him what I had done it hit me. I had done everything for that day. I had sent every email, sent out every order and organised my week. It was almost as if I had found a cheat code in life. I had done my work before the world woke up. The day was less stressful, I somehow felt less tired, and I could think more clearly and had more time in the evenings. I felt like Steve Jobs, Bill Gates or Elon Musk.

I think what I’m trying to say is that although it seems outrageous to begin with, and in all honesty stupid. It somehow manages to hack life, I can get work done before work is done, and before anyone else starts his or her day I have half of the work done for my day. It a life hack, I’m not saying this can work for anyone, but If I can gather myself from my bed in the early hours of the mornings. Anyone Can, Literally anyone can.