This Little Piggy Made A Blunder

As many of the posts on this blog have explored, social media can be an excellent tool for communicating with customers and promoting your brand. This, however, is dependent on how the brand utilises it. On Tuesday, October 17th, a Twitter user by the name of Heather Peacock (@heatherpea) posted an image of a sign outside of a school, stating “Skinnypigs will make you look better naked”. 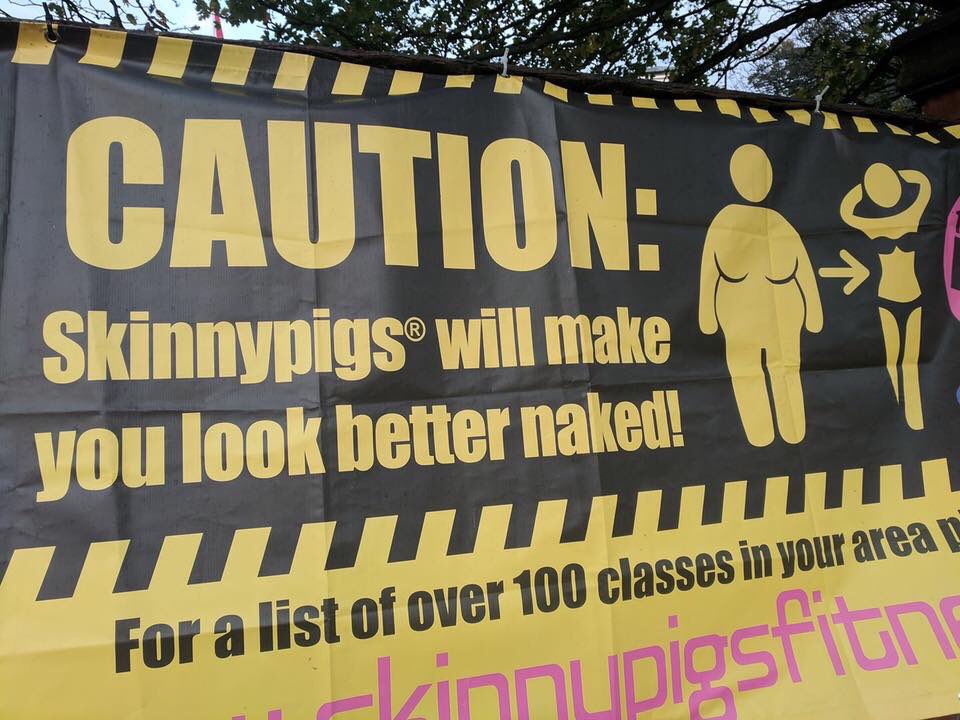 What element of totally inappropriate shall we say about this @SkinnypigsUK?? Put up outside a school?! Come on!! pic.twitter.com/ugD5QRP7Yi

Heather questioned how a school might not be the most appropriate place for this content; and another user by the name of Sarah (@sarahdavywrites) echoed her sentiment, going on to suggest how these types of statements can translate into body shaming.

The company in question responded. It got messy.

Thanks for the input Sarah, you’d look far less stupid if you looked into what Skinnypigs is and has achieved if you did a little research

The above tweet is the initial reply from Skinnypigs, who describe themselves as “The biggest fitness provider in the North East [of England]”. Skinnypigs are a women’s only fitness provider, and in their own words “help women all over the North East to be fitter, stronger, and healthy”. Therefore, with such apparent dedication to supporting women and mobilising their journey towards good, positive health, it might be surprising to see the same company branding women “stupid“, “Feminazis“, and “angry stereotypes” for daring to criticise their choice of signage. If we look back at Jason Ashford’s dissection of the Ribs & Bibs fiasco, we can see that Skinnypigs aren’t the only company to have ever lashed out at social media users, however the sheer amount of unapologetic insult hurling from a supposed lifestyle brand is certainly jarring.

With these interactions drawing more and more attention to the brand’s Twitter feed, run by a male member of staff, their most recent tweets and retweets turned to positive testimonials from customers, as well as praise for “not being politically correct”.

Best thing you can do as a mother is educate your children on being happy, fit and strong ! 💪🏼
Here at Skinnypigs we promote exactly that! pic.twitter.com/hcsLV1921t

They have since posted how their business helps mothers educate their children on being fit, and how they “employ over 40 women”. It could therefore be assumed that Skinnypigs are not shying away from their comments, but doubling down on them, portraying themselves as martyrs for the fitness cause in spite of fierce opposition from the aforementioned “angry Feminazis”. While this type of social media use can very quickly give some people a negative view of a brand, others will make a deliberate point of praising it as somewhat of a defiant act. It’s polarising, but it draws attention. In decrying those who took offence as a very specific type of woman (ie. overweight, single, cat loving), the company invite others to continue to mock and shame them; note how the majority of the likes and retweets on this tweet are from men who cannot use Skinnypigs’ service. Empowering.

Nice to see the proprietor of @SkinnypigsUK fighting back against the terminally offended pile on coming his way pic.twitter.com/LsWCaWjp8a

Nevertheless, if Skinnypigs had intended for these interactions to garner unprecedented interest in their social media, they can rest assured that they have achieved this- but at what cost? Again, unlike Ribs & Bibs, they seem to be standing by their position, but we won’t place any bets on them hosting a fundraiser for any women’s charities in the future.

Rebecca Toolan is currently studying for her MSc in Communication and Public Relations (with Political Lobbying) at Ulster University. You can find her on Twitter @vodkarebtools and on Instagram @rebtools.