PR, the Good, the Bad, and the Ugly

PR the bulletproof vest for the rich and famous, the lying politicians key to the white house, the reason we help others. 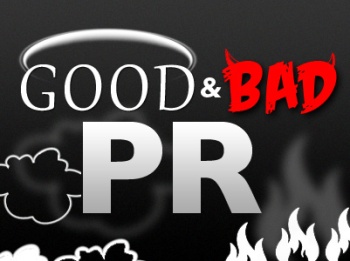 Why is it whenever you mention PR, people automatically think of all the negatives behind the word? The bad that has come about because of it? The rich and famous pay a large team of PR Practitioners to protect them from the public eye. People like Harvey Weinstein have been protected, even after the monstrous things he has done. Companies like BP have been hiding in the shadows for years and then one day, like Harvey, things got out of control and stories were let out and reputations were destroyed. Tony Hayward would like his “life Back” after destroying the environment with his “little Oil Spill” and after saying things like that I don’t think we should let him have it back.

And I wont even go into the “bad and ugly” things we see in politics because we’d be here all day. But not all PR practitioners do these, what are seen as ‘immoral’, things. PR can be seen like people you have the good guy and the bad guy. Batman and The Joker. But what the good guy does surly out weighs all the things done by the bad guys?

Charities all work with a PR team to persuade people into donating, volunteering, helping. But then why is there such a negative view on persuasion by a PR practitioner. Propaganda is a word that usually comes hand in hand with PR but what is done isn’t lies or manipulation most of the time PR shows the public what is truly happening.

Those God-awful advertisements we see on TV about drink driving  and speeding are hard hitting but it shows the truth behind what happens when you get behind the wheel after consuming alcohol or if you break the speed limit. Its not lies or propaganda it’s the truth. Choosing to use such gruesome and traumatic visuals could have had a very negative effect, but the opposite happened as it scared many out of the notion… well we still have the odd idiot that will get behind the wheel… Here we can see a PR team using unusual (at the time) tactics to make an impact on the public in Northern Ireland.

Another campaign that has been a huge success for the past 33 years has been Band Aid. Every Christmas this single raises over £2 Million for famine relief per year. I’m sure that you are all sick of Christmas songs by now but this, I feel, is a great example of PR at its best. The song, written by Bob Geldof of the Boomtown Rats and Midge Ure of Ultravox, has been a huge success and a very strategic way to raise money. The song has been released a few more times by more current artists, the most recent one included artists such as, One direction, Paloma Faith, and Ed Sheeran. This campaign raises money every year and therefore is a huge success in my books. This is another example of the good PR does. So why are there so many negative connotations with regards to PR?

PR is an extremely important aspect of all major charities and without it many audiences wouldn’t be reached. So all in all I feel the good most defiantly outweighs the bad. Who cares if the spin doctors are meeting in dark alleyways, or if we are being persuaded to donate to Dogs Trust. Shouldn’t we be doing our bit anyway?

Tierna Garvin is a final year student on the BSc in Communication Management & Public Relations at Ulster University. She can be found on Twitter: https://twitter.com/MissTierna and on LinkedIn: https://www.linkedin.com/in/tierna-garvin-bbb3a0143/

One Reply to “PR, the Good, the Bad, and the Ugly”