It was this time a year ago I quit the job I had for 13 years. 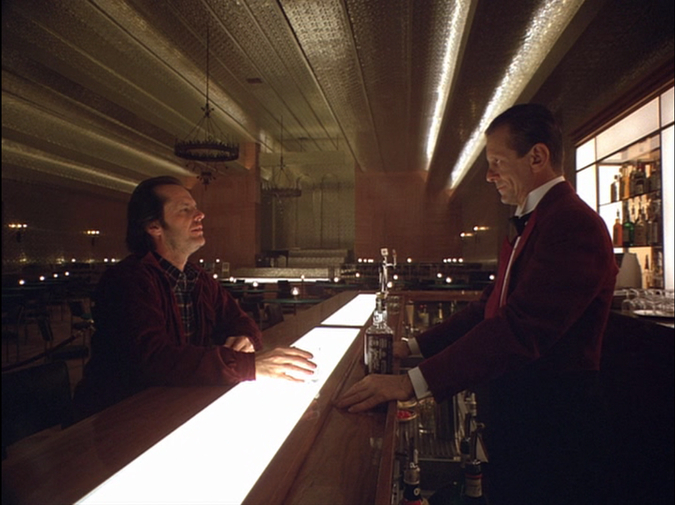 Carrying plates for a living begun as a way to earn some extra money back in university in the heady days of the nineties. University soon fell to the wayside and before I knew it, I found myself trapped in a regional hotel that made Jack Nicholson’s break-down in the Shining seem quite reasonable. This situation had to change, so I took my rabid consumption of the music press and turned my hand to writing about music.

I wrote, for free, for a local glossy magazine called Alternative Ulster. I promoted up and coming bands, I DJed anywhere that would take me. I did stand up comedy, I stage managed, I guested on Across the Line and turned my hand to restaurant critique. I also studied journalism but made the rookie error of starting my course mere months before the bottom fell out of the print industry.

Then I had a part time job as the in-house writer for a large promotions and bar company. It was the heady days before the 2007 property crash, and everyone was so rich we were buying Terry Bradley prints like they were going out of fashion (which they did) and paying to have tiny fish eat our feet. Almost overnight the bubble burst, the money was gone and Belfast’s nightlife died a slow death that year.  I was one of the unlucky ones, and so it was back to the restaurants.

Fast forward almost ten years. I’ve kept my hand in and continue to write. I’m looking for a placement in my third year as a CMPR student, but the market is very competitive, especially for a mature student. I’ve since quit my job in the restaurant, as I now have a family and a degree to worry about. The placement is hard to come by and I’m running through my contacts getting a lot of encouragement, the promise of passing on details, and then, out of no-where, word that a local venue is looking a digital marketing assistant.

It’s not a full time position, but more importantly it’s paid and I can continue to study while working on my final year. Within a few months the social media feeds have benefited from a dedicated member of staff and I am learning every day about the ins and outs of promotion.

Things turn full circle when my original boss from the promotions company gets in touch. He’s running Oktoberfest at Custom House Square and he’s looking someone for Digital. It would have been rude to say no.

What has this taught me? It would be easy to say that picking up work is not a matter of what you know, but who you know, but I would disagree. In these challenging times money is still a big factor and people demand a return on their investment. I’d prefer to say that work brings in work. Do your best, get a reputation and put yourself out there. I’ve since got two leads for more digital work, thanks to a high profile event.

Shane Horan is a mature student in his final year of BSc in Communication Management & Public Relations at Ulster University. He can be found on Twitter @shanehoran.